Hello to all of Jeff’s loyal followers, from Becky – I will be updating his blog while he is away from the computer this next week and a half, providing updates as I receive them…

Today Jeff called from Ouarzazate, and said it has been a very busy day there for him and the others getting ready for the race. He and other Dreamchasers (the group led by Jeff’s online coach Lisa and her husband Jay) did a short (and warm) leg-stretcher run of around 30 minutes, and then sorted through all their gear to make sure they weren’t going to be carrying any excess items that they really didn’t need. Even after all the years of backpacking in Colorado and Alaska, where he learned a ton (no pun intended!) about how to determine the necessities and to adjust things to be lighter, Jeff still got a lot of invaluable guidance from Jay on how to lighten his load, including tips on cutting off any excess straps, buckles, or even buttons. Every little bit adds up! So I’m sure that advice will especially be appreciated as the days go on and the miles add up.

Jeff has been able to send short updates on the service called “Twitter“, and will be at least until tomorrow when they head to the desert. You can sign up on that website for free if you’d like to receive these updates as soon as he sends them, or you can also view them on the lower right side of his blog (under his second picture), and I’ll post them every so often. Here’s some of the updates he’s sent the past couple days:

We’ll always have Paris, but I just boarded my flight to Casablanca. Fundraising effort has reached sending 100 kids to school! 07:58 PM March 26, 2008

Just landed in Casablanca. Perfect temperature for running, at 10 at night! Play it again Sam. about 23 hours ago

Arrived in Ouarzazate at midnight, now in a taxi with long shag carpeting on the dashboard, speaking in my limited french to the driver. about 20 hours ago

Just did a warm-up run through Ouarzazate: it’s hot and my running outfit sure stands out in Moroccon culture (awkward!). All is well. about 5 hours ago

Meeting great fellow MDSers now, there’s an anxiety in the air though. We all want – need – to get this thing started. We depart for the desert in the morning. about 4 hours ago

Good night from Maroc. We head off into the desert by bus in the morning. Took all day to pack and repack my race kit! 8 minutes ago

Pretty cool to receive instant messages from someone all the way in Morocco, I must say!

There’s a question that I can imagine is in a lot of your minds… That is, “Why would anyone do something like this??!” Well here’s an article with a possible answer:

Yes, Running Can Make You High
(High on endorphins, that is) 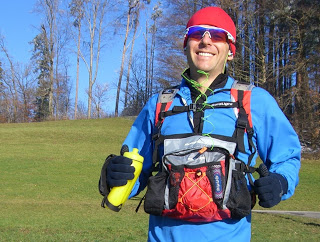 Well hopefully this theory will keep applying in the desert as well…
More updates to come as I get them, so stay tuned!

Off to the desert
Finding your Warrior Spirit: SEALFIT Kokoro
Make it fun
Recovery Time!
Jittering away the pre-race days in Morocco